We are deeply delighted to have completed One Year of the Integral Education Portal.

Integral Education Portal has been a dream come true.

The last one year, every single Monday and Thursday, we shared newsletters with you. Each newsletter was full of videos, infographics, practices and writings based on the works of Sri Aurobindo and the Mother with you on the “Integral Education Theme of the Month”. We also hosted monthly talks with our content expert on the theme, in which many of you participated. These newsletters also led to the formation of the Swadharma Summer School in which several Integral education subscribers participated as well.

40+ volunteers have collaborated to make this offering possible. We are also deeply grateful to Svadhyaya students, organisers, facilitators and reviewers who have co-created the Integral Education Wiki, which forms the backbone of Integral Education Portal. The way we see it is - the last one year is a seed sown in the right direction.

Inspiration behind the Integral Education Portal

Most of them are focused towards schools, children and school education; Most of the work with adults is directly focused on yoga and its advanced stages. Thus, we felt the need to make an Integral Education Portal for adult self-learners - who are first and foremost interested in integral education for themselves, their growth and development, than for implementing it in a school or with children.

Mother’s Vision for an Internet Based New Education

In the Mother’s Agenda, Mother foresees the birth of the internet and its use for a universal education. Referring to a disciple, the Mother says in the Agenda: ,

“...she sees the possibility of a sort of world television (I don’t know how that would be arranged), with a telephone, and there would be a central office with a collection of answers to all possible questions—each question answered by someone eminent or qualified. The result would be the organization of a universal education—well, terrestrial—that would really be an education for all countries, in which the knowledge and best qualities of every country in the artistic, literary and scientific fields would be gathered in a kind of transmitting centre, and all you would have to do would be to get into communication with it

If it could be realized, it would be very good. It means that the most beautiful works of art, the most beautiful teachings, all the best of what humanity is GOING to produce, would be collected and within reach of all those who had a television. There would be the image along with the explanation, or the text or speech.”

To us, this is extremely powerful and inspiring. The text highlighted directly related to features of the Integral Education Portal, and we are striving and aspiring to make her dream and vision come alive.

Further, Integral Education Portal has been inspired by Sri Aurobindo’s vision for India.

In 1918, in the Renaissance of India, Sri Aurobindo gave the three lines of India’s development and the “measure of its help to the future of humanity”.

Further, in 1947, as a part of his speech on India’s Independence Day, he re-counted five dreams. Out of which, his fourth dream is, “the spiritual gift of India to the world”. He says, “ India’s spirituality is entering Europe and America in an ever increasing measure. That movement will grow; amid the disasters of the time more and more eyes are turning towards her with hope and there is even an increasing resort not only to her teachings, but to her psychic and spiritual practice.”

Integral Education Portal is an attempt at making the deep and dynamic spiritual wisdom that India holds accessible as education to all aspiring learners in simple words. We are very happy that as a result of building this portal we could receive several subscribers from all parts of the world as well as begin to form friendships with life-long learners from the USA.

As we move forward, we would like to take a break from 15th August until 24th November, 2021. This means during this time-period we would not be sharing the newsletters. We would be designing the next stage of the Portal’s work, which we envisage to be interactive and engaging for the readers. Until the 24th November, keep studying on Integral Education Portal, Integral Education Wiki as well as keep following us on Social Media - Facebook, Instagram, Twitter.

We will come back to you with another launch closer to 24th November! We thank you for your support the last one year. We have been deeply delighted to see the kind of impact that the portal made in many of your lives, and have been very happy to receive the feedback. If you would further like to offer feedback, please write to us at ieadmin@auroville.org.in

If you would like to volunteer and help us out in the next stage of Integral Education Portal's Evolution, please send a brief motivational letter along with your skill set/resume at ieadmin@auroville.org.in

If you would like to support the further development of Integral Education Portal and wish to make a donation towards this offering, you may do so at https://donations.auroville.org/aci with the description "Donation to IE Portal".

We wish you a beautiful celebration of Sri Aurobindo's birthday :).

Wish you a beautiful independence day :). 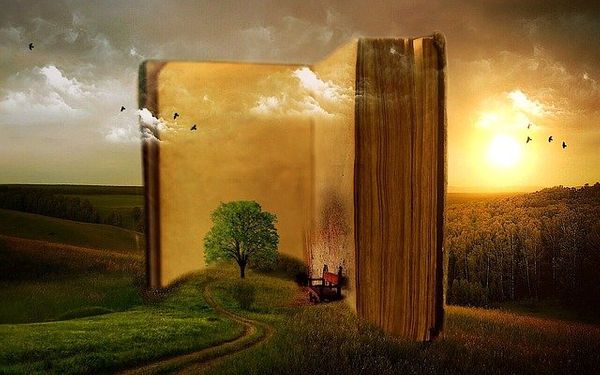 Sri Aurobindo's words are mantric, they have a light and a power, as one concentrates and gives oneself to His words, this light and consciousness can enter.

Swadharma is one of our core flagship programs. It is a 5 weeks intense learning journey for the youth of the world to discover themselves and find their true calling. To create space in Swadharma for those with meagre means but high capacity and