A very remarkable feature of modern training which has been subjected in India to a reductio ad absurdum is the practice of teaching by snippets. A subject is taught a little at a time, in conjunction with a host of others, with the result that what might be well learnt in a single year is badly learned in seven and the boy goes out ill-equipped, served with imperfect parcels of knowledge, master of none of the great departments of human knowledge. The system of education adopted by the National Council, an amphibious and twy-natured creation, attempts to heighten this practice of teaching by snippets at the bottom and the middle and suddenly change it to a grandiose specialism at the top. This is to base the triangle on its apex and hope that it will stand.

The old system was to teach one or two subjects well and thoroughly and then proceed to others, and certainly it was a more rational system than the modern. If it did not impart so much varied information, it built up a deeper, nobler and more real culture. Much of the shallowness, discursive lightness and fickle mutability of the average modern mind is due to the vicious principle of teaching by snippets. The one defect that can be alleged against the old system was that the subject earliest learned might fade from the mind of the student while he was mastering his later studies. But the excellent training given to the memory by the ancients obviated the incidence of this defect. In the future education we need not bind ourselves either by the ancient or the modern system, but select only the most perfect and rapid means of mastering knowledge.

In defence of the modern system it is alleged that the attention of children is easily tired and cannot be subjected to the strain of long application to a single subject. The frequent change of subject gives rest to the mind. The question naturally arises, are the children of modern times then so different from the ancients, and, if so, have we not made them so by discouraging prolonged concentration? A very young child cannot, indeed, apply himself; but a very young child is unfit for school teaching of any kind. A child of seven or eight, and that is the earliest permissible age for the commencement of any regular kind of study, is capable of a good deal of concentration if he is interested. Interest is, after all, the basis of concentration. We make his lessons supremely uninteresting and repellent to the child, a harsh compulsion the basis of teaching and then complain of his restless inattention! The substitution of a natural self-education by the child for the present unnatural system will remove this objection of inability. A child, like a man, if he is interested, much prefers to get to the end of his subject rather than leave it unfinished. To lead him on step by step, interesting and absorbing him in each as it comes, until he has mastered his subject is the true art of teaching.

The first attention of the teacher must be given to the medium and the instruments, and, until these are perfected, to multiply subjects of regular instruction is to waste time and energy. When the mental instruments are sufficiently developed to acquire a language easily and swiftly, that is the time to introduce him to many languages, not when he can only partially understand what he is taught and masters it laboriously and imperfectly. Moreover, one who has mastered his own language, has one very necessary facility for mastering another. With the linguistic faculty unsatisfactorily developed in one's own tongue, to master others is impossible. To study science with the faculties of observation, judgment, reasoning and comparison only slightly developed is to undertake a useless and thankless labour. So it is with all other subjects.

The mother-tongue is the proper medium of education and therefore the first energies of the child should be directed to the thorough mastering of the medium. Almost every child has an imagination, an instinct for words, a dramatic faculty, a wealth of idea and fancy. These should be interested in the literature and history of the nation. Instead of stupid and dry spelling and reading books, looked on as a dreary and ungrateful task, he should be introduced by rapidly progressive stages to the most interesting parts of his own literature and the life around him and behind him, and they should be put before him in such a way as to attract and appeal to the qualities of which I have spoken. All other study at this period should be devoted to the perfection of the mental functions and the moral character. A foundation should be laid at this time for the study of history, science, philosophy, art, but not in an obtrusive and formal manner. Every child is a lover of interesting narrative, a hero-worshipper and a patriot. Appeal to these qualities in him and through them let him master without knowing it the living and human parts of his nation's history. Every child is an inquirer, an investigator, analyser, a merciless anatomist. Appeal to these qualities in him and let him acquire without knowing it the right temper and the necessary fundamental knowledge of the scientist. Every child has an insatiable intellectual curiosity and turn for metaphysical enquiry. Use it to draw him on slowly to an understanding of the world and himself. Every child has the gift of imitation and a touch of imaginative power. Use it to give him the groundwork of the faculty of the artist.

It is by allowing Nature to work that we get the benefit of the gifts she has bestowed on us. Humanity in its education of children has chosen to thwart and hamper her processes and, by so doing, has done much to thwart and hamper the rapidity of its own forward march. Happily, saner ideas are now beginning to prevail. But the way has not yet been found. The past hangs about our necks with all its prejudices and errors and will not leave us; it enters into our most radical attempts to return to the guidance of the all-wise Mother. We must have the courage to take up clearer knowledge and apply it fearlessly in the interests of posterity. Teaching by snippets must be relegated to the lumber-room of dead sorrows. The first work is to interest the child in life, work and knowledge, to develop his instruments of knowledge with the utmost thoroughness, to give him mastery of the medium he must use. Afterwards, the rapidity with which he will learn will make up for any delay in taking up regular studies, and it will be found that, where now he learns a few things badly, then he will learn many things thoroughly well. 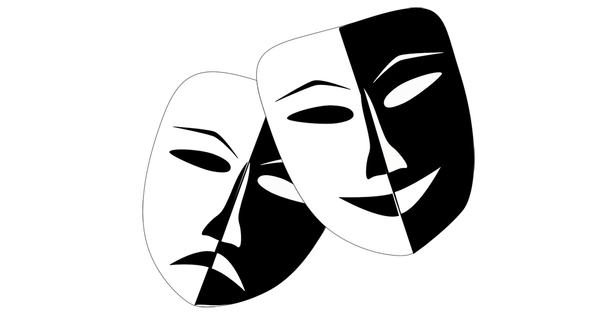