There are six senses which minister to knowledge, sight, hearing, smell, touch and taste, mind, and all of these except the last look outward and gather the material of thought from outside through the physical nerves and their end-organs, eye, ear, nose, skin, palate. The perfection of the senses as ministers to thought must be one of the first cares of the teacher. The two things that are needed of the senses are accuracy and sensitiveness. We must first understand what are the obstacles to the accuracy and sensitiveness of the senses, in order that we may take the best steps to remove them. The cause of imperfection must be understood by those who desire to bring about perfection.

The senses depend for their accuracy and sensitiveness on the unobstructed activity of the nerves which are the channels of their information and the passive acceptance of the mind which is the recipient. In themselves the organs do their work perfectly. The eye gives the right form, the ear the correct sound, the palate the right taste, the skin the right touch, the nose the right smell. This can easily be understood if we study the action of the eye as a crucial example. A correct image is reproduced automatically on the retina, if there is any error in appreciating it, it is not the fault of the organ, but of something else.

The fault may be with the nerve currents. The nerves are nothing but channels, they have no power in themselves to alter the information given by the organs. But a channel may be obstructed and the obstruction may interfere either with the fullness or the accuracy of the information, not as it reaches the organ where it is necessarily and automatically perfect, but as it reaches the mind. The only exception is in case of a physical defect in the organ as an instrument. That is not a matter for the educationist, but for the physician.

If the obstruction is such as to stop the information reaching the mind at all, the result is an insufficient sensitiveness of the senses. The defects of sight, hearing, smell, touch, taste, anaesthesia in its various degrees, are curable when not the effect of physical injury or defect in the organ itself. The obstructions can be removed and the sensitiveness remedied by the purification of the nerve system. The remedy is a simple one which is now becoming more and more popular in Europe for different reasons and objects, the regulation of the breathing. This process inevitably restores the perfect and unobstructed activity of the channels and, if well and thoroughly done, leads to a high activity of the senses. The process is called in Yogic discipline nāḍī-śuddhi or nerve-purification.

The obstruction in the channel may be such as not absolutely to stop in however small a degree, but to distort the information. A familiar instance of this is the effect of fear or alarm on the sense action. The startled horse takes the sack on the road for a dangerous living thing, the startled man takes a rope for a snake, a waving curtain for a ghostly form. All distortions due to actions in the nervous system can be traced to some kind of emotional disturbance acting in the nerve channels. The only remedy for them is the habit of calm, the habitual steadiness of the nerves. This also can be brought about by nāḍī-śuddhi or nerve-purification, which quiets the system, gives a deliberate calmness to all the internal processes and prepares the purification of the mind.

If the nerve channels are quiet and clear, the only possible disturbance of the information is from or through the mind. Now the manas or sixth sense is in itself a channel like the nerves, a channel for communication with the buddhi or brain-force. Disturbance may happen either from above or from below. The information from outside is first photographed on the end organ, then reproduced at the other end of the nerve system in the citta or passive memory. All the images of sight, sound, smell, touch and taste are deposited there and the manas reports them to the buddhi. The manas is both a sense organ and a channel. As a sense organ it is as automatically perfect as the others, as a channel it is subject to disturbance resulting either in obstruction or distortion.

As a sense organ the mind receives direct thought impressions from outside and from within. These impressions are in themselves perfectly correct, but in their report to the intellect they may either not reach the intellect at all or may reach it so distorted as to make a false or partially false impression. The disturbance may affect the impression which attends the information of eye, ear, nose, skin or palate, but it is very slightly powerful here. In its effect on the direct impressions of the mind, it is extremely powerful and the chief source of error. The mind takes direct impressions primarily of thought, but also of form, sound, indeed of all the things for which it usually prefers to depend on the sense organs. The full development of this sensitiveness of the mind is called in our Yogic discipline sūkṣmadṛṣṭi or subtle reception of images. Telepathy, clairvoyance, clairaudience, presentiment, thought-reading, character-reading and many other modern discoveries are very ancient powers of the mind which have been left undeveloped, and they all belong to the manas. The development of the sixth sense has never formed part of human training. In a future age it will undoubtedly take a place in the necessary preliminary training of the human instrument. Meanwhile there is no reason why the mind should not be trained to give a correct report to the intellect so that our thought may start with absolutely correct if not with full impressions.

The first obstacle, the nervous emotional, we may suppose to be removed by the purification of the nervous system. The second obstacle is that of the emotions themselves warping the impression as it comes. Love may do this, hatred may do this, any emotion or desire according to its power and intensity may distort the impression as it travels. This difficulty can only be removed by the discipline of the emotions, the purifying of the moral habits. This is a part of moral training and its consideration may be postponed for the moment. The next difficulty is the interference of previous associations formed or ingrained in the citta or passive memory. We have a habitual way of looking at things and the conservative inertia in our nature disposes us to give every new experience the shape and semblance of those to which we are accustomed. It is only more developed minds which can receive first impressions without an unconscious bias against the novelty of novel experience. For instance, if we get a true impression of what is happening—and we habitually act on such impressions true or false—if it differs from what we are accustomed to expect, the old association meets it in the citta and sends a changed report to the intellect in which either the new impression is overlaid and concealed by the old or mingled with it. To go farther into this subject would be to involve ourselves too deeply into the details of psychology. This typical instance will suffice. To get rid of this obstacle is impossible without cittaśuddhi or purification of the mental and moral habits formed in the citta. This is a preliminary process of Yoga and was effected in our ancient system by various means, but would be considered out of place in a modern system of education.

It is clear, therefore, that unless we revert to our old Indian system in some of its principles, we must be content to allow this source of disturbance to remain. A really national system of education would not allow itself to be controlled by European ideas in this all-important matter. And there is a process so simple and momentous that it can easily be made a part of our system.

It consists in bringing about passivity of the restless flood of thought sensations rising of its own momentum from the passive memory independent of our will and control. This passivity liberates the intellect from the siege of old associations and false impressions. It gives it power to select only what is wanted from the storehouse of the passive memory, automatically brings about the habit of getting right impressions and enables the intellect to dictate to the citta what saṁskāras or associations shall be formed or rejected. This is the real office of the intellect,—to discriminate, choose, select, arrange. But so long as there is not cittasúddhi, instead of doing this office perfectly, it itself remains imperfect and corrupt and adds to the confusion in the mind channel by false judgment, false imagination, false memory, false observation, false comparison, contrast and analogy, false deduction, induction and inference. The purification of the citta is essential for the liberation, purification and perfect action of the intellect. 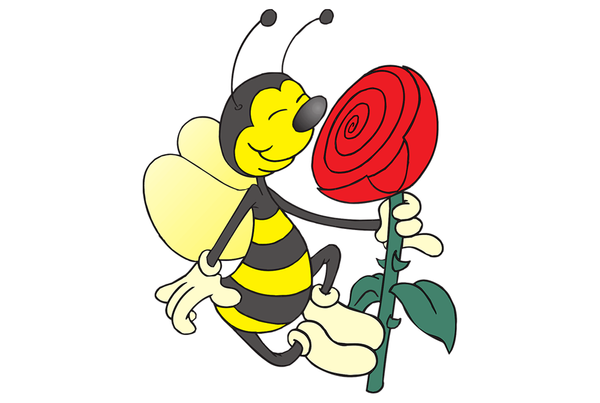