These preliminary objections made to the very idea of national education and, incidentally, the misconceptions they oppose once out of the way, we have still to formulate more positively what the idea means to us, the principle and the form that national education must take in India, the thing to be achieved and the method and turn to be given to the endeavour. It is here that the real difficulty begins because we have for a long time, not only in education but in almost all things, in our whole cultural life, lost hold of the national spirit and idea and there has been as yet no effort of clear, sound and deep thinking or seeing which would enable us to recover it and therefore no clear agreement or even clear difference of opinion on essentials and accessories. At the most we have been satisfied with a strong sentiment and a general but shapeless idea and enthusiasm corresponding to the sentiment and have given to it in the form whatever haphazard application chanced to be agreeable to our intellectual associations, habits or caprices. The result has been no tangible or enduring success, but rather a maximum of confusion and failure. The first thing needed is to make clear to our own minds what the national spirit, temperament, idea, need demands of us through education and apply it in its right harmony to all the different elements of the problem. Only after that is done can we really hope with some confidence and chance of utility and success to replace the present false, empty and mechanical education by something better than a poor and futile chaos or a new mechanical falsity, by a real, living and creative upbringing of the Indian manhood of the future.

But first it is necessary to disengage from all ambiguities what we understand by a true education, its essential sense, its fundamental aim and significance. For we can then be sure of our beginnings and proceed securely to fix the just place and whole bearing of the epithet we seek to attach to the word. I must be sure what education itself is or should be before I can be sure what a national education is or should be. Let us begin then with our initial statement, as to which I think there can be no great dispute that there are three things which have to be taken into account in a true and living education, the man, the individual in his commonness and in his uniqueness, the nation or people and universal humanity. It follows that that alone will be a true and living education which helps to bring out to full advantage, makes ready for the full purpose and scope of human life all that is in the individual man, and which at the same time helps him to enter into his right relation with the life, mind and soul of the people to which he belongs and with that great total life, mind and soul of humanity of which he himself is a unit and his people or nation a living, a separate and yet inseparable member. It is by considering the whole question in the light of this large and entire principle that we can best arrive at a clear idea of what we would have our education to be and what we shall strive to accomplish by a national education. Most is this largeness of view and foundation needed here and now in India, the whole energy of whose life purpose must be at this critical turning of her destinies directed to her one great need, to find and rebuild her true self in individual and in people and to take again, thus repossessed of her inner greatness, her due and natural portion and station in the life of the human race.

There are however very different conceptions possible of man and his life, of the nation and its life and of humanity and the life of the human race, and our idea and endeavour in education may well vary considerably according to that difference. India has always had her own peculiar conception and vision of these things and we must see whether it is not really, as it is likely to be, that which will be or ought to be at the very root of our education and the one thing that will give it its truly national character. Man has not been seen by the thought of India as a living body developed by physical Nature which has evolved certain vital propensities, an ego, a mind and a reason, an animal of the genus homo and in our case of the species homo indicus, whose whole life and education must be turned towards a satisfaction of these propensities under the government of a trained mind and reason and for the best advantage of the personal and the national ego. It has not been either the turn of her mind to regard man pre-eminently as a reasoning animal, or let us say, widening the familiar definition, a thinking, feeling and willing natural existence, a mental son of physical Nature, and his education as a culture of the mental capacities, or to define him as a political, social and economic being and his education as a training that will fit him to be an efficient, productive and well disciplined member of the society and the State. All these are no doubt aspects of the human being and she has given them a considerable prominence subject to her larger vision, but they are outward things, parts of the instrumentation of his mind, life and action, not the whole or the real man.

India has seen always in man the individual a soul, a portion of the Divinity enwrapped in mind and body, a conscious manifestation in Nature of the universal self and spirit. Always she has distinguished and cultivated in him a mental, an intellectual, an ethical, dynamic and practical, an aesthetic and hedonistic, a vital and physical being, but all these have been seen as powers of a soul that manifests through them and grows with their growth, and yet they are not all the soul, because at the summit of its ascent it arises to something greater than them all, into a spiritual being, and it is in this that she has found the supreme manifestation of the soul of man and his ultimate divine manhood, his paramārtha and highest puruṣārtha. And similarly India has not understood by the nation or people an organised State or an armed and efficient community well prepared for the struggle of life and putting all at the service of the national ego,—that is only the disguise of iron armour which masks and encumbers the national Purusha,—but a great communal soul and life that has appeared in the whole and has manifested a nature of its own and a law of that nature, a Swabhava and Swadharma, and embodied it in its intellectual, aesthetic, ethical, dynamic, social and political forms and culture. And equally then our cultural conception of humanity must be in accordance with her ancient vision of the universal manifesting in the human race, evolving through life and mind but with a high ultimate spiritual aim,—it must be the idea of the spirit, the soul of humanity advancing through struggle and concert towards oneness, increasing its experience and maintaining a needed diversity through the varied culture and life motives of its many peoples, searching for perfection through the development of the powers of the individual and his progress towards a diviner being and life, but feeling out too though more slowly after a similar perfectibility in the life of the race. It may be disputed whether this is a true account of the human or the national being, but if it is once admitted as a true description, then it should be clear that the only true education will be that which will be an instrument for this real working of the spirit in the mind and body of the individual and the nation. That is the principle on which we must build, that the central motive and the guiding ideal. It must be an education that for the individual will make its one central object the growth of the soul and its powers and possibilities, for the nation will keep first in view the preservation, strengthening and enrichment of the nation-soul and its dharma and raise both into powers of the life and ascending mind and soul of humanity. And at no time will it lose sight of man's highest object, the awakening and development of his spiritual being. 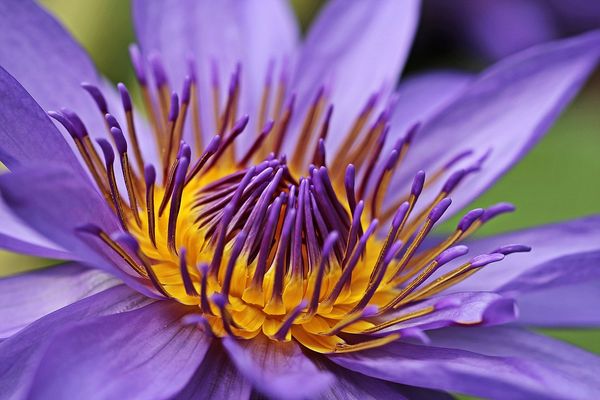 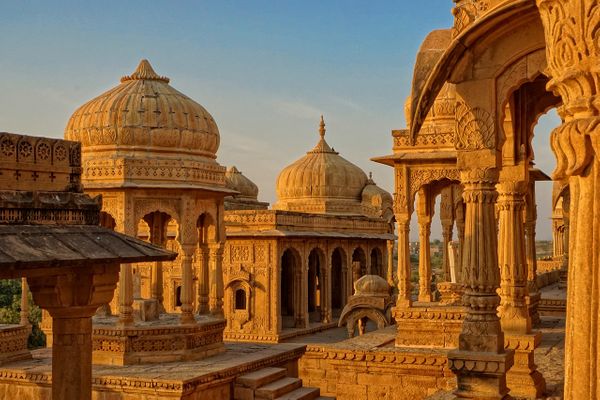 The necessity and unmixed good of universal education has become a fixed dogma to the modern intelligence, a thing held to be beyond dispute by any liberal mind or awakened national conscience...