In today’s time yoga is considered an hour of practice of asana and pranayama which is not the case with Hathayoga, an age old practice in India. For understanding this in detail, let us get acquainted with basic understanding of physical education first.

What is Physical Education?

Physical education means chiefly the combination of all exercises for the sake of the growth and upkeep of the body and it has three principal aspects: (1) control and discipline of the functioning of the body, (2) an integral, methodical and harmonious development of all the parts and movements of the body and (3) correction of any defects and deformities. [1] [2]

Why is Physical Education Important?

Physical education aims at developing all the possibilities of the human body―possibilities of harmony, strength, suppleness, skill, endurance―and increasing the mastery of the functions of its members and organs, making the body a perfect instrument at the disposal of the conscious will. [3]

Spiritual life does not mean contempt for Matter but its divinization. We do not want to reject the body but to transform it. [4]

Hathayoga is a powerful, but difficult and onerous system whose whole principle of action is founded on an intimate connection between the body and the soul. The two main members of its physical discipline are āsana, the habituating of the body to certain attitudes of immobility, and prāṇāyāma, the regulated direction and arrestation by exercises of breathing of the vital currents of energy in the body. These two methods are complex and cumbrous in action, but simple in principle and effective. Perfection of Asana and Pranayama is only a basic physical power and freedom. But the principal gain is that by this purification the vital energy can be directed anywhere, to any part of the body and in any way or with any rhythm of its movement. The enjoyment of our liberated being which brings us into unity or union with the Supreme, is the consummation; it is that for which Yoga is done. [5]

Asana deals more directly with the more material part of the physical totality, though here too it needs the aid of the other; Pranayama, starting from the physical immobility and self-holding which is secured by Asana, deals more directly with the subtler vital parts, the nervous system. This is done by various regulations of the breathing, starting from equality of respiration and inspiration and extending to the most diverse rhythmic regulations of both with an interval of inholding of the breath. In the end the keeping in of the breath, which has first to be done with some effort, and even its cessation become as easy and seem as natural as the constant taking in and throwing out which is its normal action. . [6]

The power of these exercises of breathing to bring about a purified and unobstructed state of the nervous system is a known and well-established fact of our physiology. It helps also to clear the physical system, but is not entirely effective at first on all its canals and openings; therefore the Hathayogin uses supplementary physical methods for clearing them out regularly of all their accumulations. The combination of these with Asana,—particular Asanas have even an effect in destroying particular diseases,—and with Pranayama maintains perfectly the health of the body. But the principal gain is that by this purification the vital energy can be directed anywhere, to any part of the body and in any way or with any rhythm of its movement.[8]

By its numerous "āsanas" or fixed postures t first cures the body of that restlessness which is a sign of its inability to contain without working them off in action and movement the vital forces poured into it from the universal Life-Ocean, gives to it an extraordinary health, force and suppleness and seeks to liberate it from the habits by which it is subjected to ordinary physical Nature and kept within the narrow bounds of her normal operations.[9]

Comparison with Other Schools of Yoga

Rajayoga also uses the Pranayama and for the same principal psychic purposes as the Hathayoga, but being in its whole principle a psychical system, it employs it only as one stage in the series of its practices and to a very limited extent, for three or four large utilities. It does not start with Asana and Pranayama, but insists first on a moral purification of the mentality. This preliminary is of supreme importance; without it the course of the rest of the Rajayoga is likely to be troubled, marred and full of unexpected mental, moral and physical perils. [10]

Most of the physical siddhis acquired by certain Yogins are brought about by some opening up of the law of the subtle or a calling down of something of the law of the spiritual body. The ordinary method is the opening up of the cakras by the physical processes of Hathayoga (of which something is also included in the Rajayoga) or by the methods of the Tantric discipline. But while these may be optionally used at certain stages by the integral Yoga, they are not indispensable; for here the reliance is on the power of the higher being to change the lower existence, a working is chosen mainly from above downward and not the opposite way, and therefore the development of the superior power of the gnosis will be awaited as the instrumentative change in this part of the Yoga. [11]

In Integral Yoga it is not a specialised process, but a spontaneous uprush of the whole lower consciousness sometimes in currents or waves, sometimes in a less concrete motion, and on the other side a descent of the Divine Consciousness and its Force into the body. This descent is felt as a pouring in of calm and peace, of force and power, of light, of joy and ecstasy, of pure wideness and freedom and knowledge, of a Divine Being or a Presence—sometimes one of these, sometimes several of them or all together. Integral Yoga is in its principle a taking up and summarising and completing of this process, an endeavour to rise to the highest possible supramental level and bring down its consciousness and powers into mind, life and body. [12] 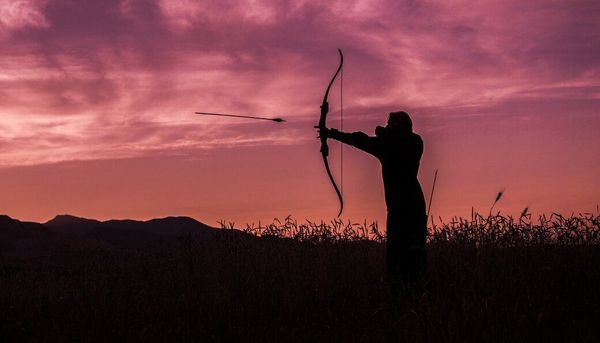 Have you ever felt stagnated or indecisive because of fear of taking the next step? Do you have ideas but you’re not able to move into action because of 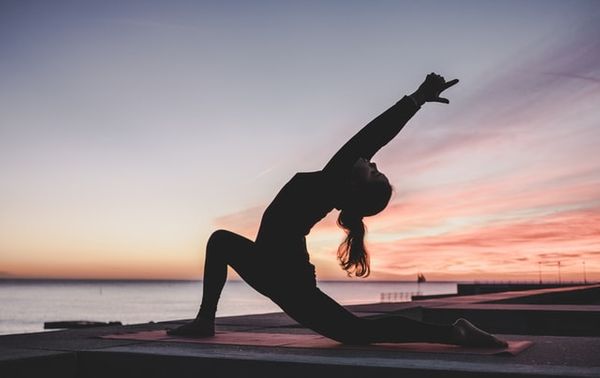 Man has a power to educate: his body can be developed, educated. He can increase certain faculties. You cannot imagine any animal, even among those we most admire, which is capable, for instance, of physical education, purely physical... a systematic development of the muscles.