Be true to your true self always—that is the real sincerity. Persist and conquer.[2]

Why Sincerity is Important?

Every act of sincerity carries in itself its own reward: the feeling of purification, of soaring upwards, of liberation one gets when one has rejected even one tiny particle of falsehood. [3]

A sincerity which must become total and absolute, for sincerity alone is your protection on the spiritual path. If you are not sincere, at the very next step you are sure to fall and break your head. All kinds of forces, wills, influences, entities are there, on the look-out for the least little rift in this sincerity and they immediately rush in through that rift and begin to throw you into confusion. [4]

It is this sincerity in the aspiration for progress, in the will for truth, in the need to be truly pure—pure as it is understood in the spiritual life—it is this sincerity which is the key to all progress. With it you know—and you can. [5]

How to be Sincere?

When, at any moment, whatever may happen, the being has given itself to the Divine and wants only the divine Will, when, no matter what is going on in the being, at any moment whatever, always, the whole being in perfect unanimity can say to the Divine and feels for the Divine, "Let Thy Will be done", when it is spontaneous, total, integral, then you are sincere. But until this is established, it is a mixed sincerity, more or less mixed, right up to the point where one is not at all sincere. [6]

By Aspiration and Rejection

If one aspires sincerely and rejects what has to be rejected, as far as one can, then the psychic and spiritual influences will more and more work, bring more and more true discrimination, support, stimulate and create the right vibrations, detect, discourage and eliminate the wrong ones. [7]

If desire is rejected and no longer governs the thought, feeling or action and there is the steady aspiration of an entirely sincere self-giving, the psychic usually after a time opens of itself. [8]

The psychic being is often seen or felt within in the form of a child,—it is perhaps that that you are feeling within you; it is calling for a complete sincerity, but sincerity is used here in the sense of opening to nothing but the divine influences and impulses. [9]

To be perfectly sincere it is indispensable not to have any preference, any desire, any attraction, any dislike, any sympathy or antipathy, any attachment, any repulsion. One must have a total, integral vision of things, in which everything is in its place and one has the same attitude towards all things: the attitude of true vision. This programme is obviously very difficult for a human being to realise. Unless he has decided to divinise himself, it seems almost impossible that he could be free from all these contraries within him. [10]

If the difficulty comes from one part of the being wanting one thing and another part of the being knowing that one must not have it, then it becomes complicated because the part which wants can try to introduce its own will into the answer. So when one sits down, first one must begin by persuading it to make a little act of sincere surrender, and it is here that one can make true progress, saying, "Now I am conscious that it is this that I desire, but I am ready to give up my desire if that should be done." But you must do this not only in the head, it must be done sincerely, and then you proceed as I said. Then one knows—knows what's to be done. [11]

If you truly want to know, you must draw back a step and look, and you will know then that it is this small movement of the ego which is the cause of the uneasiness. You will see that it is a tiny thing curled back upon itself; you will have the impression of being in front of something hard which resists or is black. Then with patience, from the height of your consciousness, you must explain to this thing its mistake, and in the end it will disappear. I do not say that you will succeed all at once the very first day, but if you try sincerely, you will always end with success. And if you persevere, you will see that all of a sudden you are relieved of a mass of meanness and ugliness and obscurity which was preventing you from flowering in the light. [12]

The greatest enemies of a perfect sincerity are preferences (either mental, vital or physical) and preconceived ideas. It is these obstacles that must be overcome. [13]

A being that is absolutely sincere becomes the master of the adverse forces. But so long as there is egoism in a being or pride or ill-will, it will always be the object of temptation, of attack; and it will always be fully subject to this constant conflict with what, under the appearance of hostile beings, toils in spite of itself at the divine Work. [14] 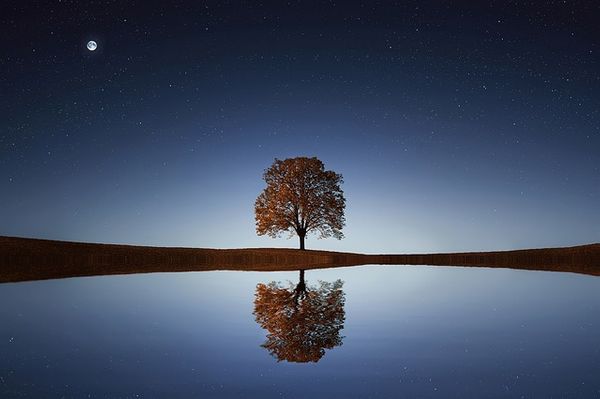 By perfect sincerity we mean that all our thoughts, feelings, sensations and actions should express nothing but the central Truth of our being.