Courage is the total absence of fear in all its forms. [1]

A man is gifted with a high courage to act according to the light that he has. [2]

The warrior type would evolve courage, honour, governing power as its qualities, arrogance, violence and ruthless ambition as its defects. [3]

It is that everyone possesses in a large measure, and the exceptional individual in an increasing degree of precision, two opposite tendencies of character, in almost equal proportions, which are like the light and the shadow of the same thing. Thus someone who has the capacity of being exceptionally generous will suddenly find an obstinate avarice rising up in his nature, the courageous man will be a coward in some part of his being and the good man will suddenly have wicked impulses. In this way life seems to endow everyone not only with the possibility of expressing an ideal, but also with contrary elements representing in a concrete manner the battle he has to wage and the victory he has to win for the realisation to become possible. [4]

Courage outside, peace inside and a quiet unshakable trust in the Divine's Grace. [5]

True courage, in its deepest sense, is to be able to face everything, everything in life, from the smallest to the greatest things, from material things to those of the spirit, without a shudder, without physically... without the heart beginning to beat faster, without the nerves trembling or the slightest emotion in any part of the being. Face everything with a constant consciousness of the divine Presence, with a total self-giving to the Divine, and the whole being unified in this will; then one can go forward in life, can face anything whatever. I say, without a shudder, without a vibration; this, you know, is the result of a long effort, unless one is born with a special grace, born like that. But this indeed is still more rare. [7]

The most terrible thing is when one does not have the strength, the courage, something indomitable. One is not asked to let the ego survive. One must have the courage, the true courage to die to their egoism. [8]

Why is Courage Important?

Courage and love are the only indispensable virtues; even if all the others are eclipsed or fall asleep, these two will save the soul alive. [9]

Whatever adverse things present themselves you must meet them with courage and they will disappear and the help come. Faith and courage are the true attitude to keep in life and work always and in the spiritual experience also. [10]

The movement of the Ignorance is egoistic at its core and nothing is more difficult for us than to get rid of egoism while yet we admit personality and adhere to action in the half-light and half-force of our unfinished nature. It is easier to starve the ego by renouncing the impulse to act or to kill it by cutting away from us all movement of personality. It is easier to exalt it into self-forgetfulness immersed in a trance of peace or an ecstasy of divine Love. But our more difficult problem is to liberate the true Person and attain to a divine manhood which shall be the pure vessel of a divine force and the perfect instrument of a divine action. Step after step has to be firmly taken; difficulty after difficulty has to be entirely experienced and entirely mastered. Only the Divine Wisdom and Power can do this for us and it will do all if we yield to it in an entire faith and follow and assent to its workings with a constant courage and patience. [11]

It is a difficult Yoga and faith, a steady and quiet will, courage and strength are necessary if one is to follow it. [12]

The indispensable foundation is truly an indomitable courage and unflinching endurance—from the most material cells of the body to the highest consciousness, from top to bottom, entirely.[13]

When one has started, one must go to the very end. It is not an easy path, one will need time and patience. One will need much endurance, much perseverance and courage and an untiring goodwill. Only if one is capable of having all this, one can start. But once started, it is finished, there is no going back any more; one must go to the very end. [14]

How to Cultivate Courage?

To establish active and passive courage in the whole being, two other things are necessary. First, a tendency of the nature to insist on the battle and victory and effort and triumph, i.e. Yasholipsa. Secondly, there must be a strong self-confidence and a high idea of the power that is in one's self. This is Atma Shakti or Atma Slagha. [15]

Through Vital and Psychic Education

A strong vital is one that is full of life-force, has ambition, courage, great energy, a force for action or for creation, a large expansive movement whether for generosity in giving or for possession and lead and domination, a power to fulfil and materialise—many other forms of vital strength there are also. It is often difficult for such a vital to surrender itself because of this sense of its own powers—but if it can do so, it becomes an admirable instrument for the Divine Work. [16]

When the vital is converted, the impulses are good instead of being bad; wickedness is replaced by kindness, avarice by generosity; weakness disappears and strength and endurance take its place; cowardice is replaced by courage and energy. [17]

The vital as it is at present is said to be the cause of all the troubles and all the difficulties, the seat of the desires, passions, impulses, revolts, etc., etc. But if the vital is entirely surrendered to the psychic, it becomes a wonderful instrument, full of enthusiasm, power, force of realisation, impetus, courage. [18]

By concentration of our whole being on one status of itself, we can become whatever we choose; we can become, for instance, even if we were before a mass of weaknesses and fears, a mass instead of strength and courage. [20]

When we trust in the Divine's Grace we get an unfailing courage. [21]

Another name for faith and selflessness, is courage. When one believes in God, when one believes that God is guiding, believes that God is doing all and that one is doing nothing, there is nothing to fear. One is led on by that power, protected through life and death by One who survives. In the very hour of death, one feels immortality. In the hour of one’s worst sufferings, one feels invincible. [22] 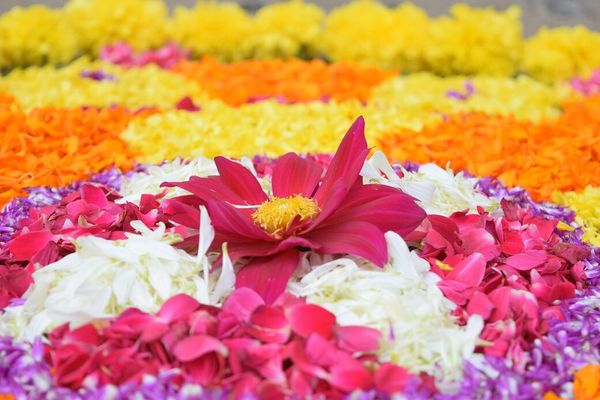 Integral Education was developed by the Mother and Sri Aurobindo to prepare humanity for an evolutionary transformation to embody a divine consciousness and divine life upon earth. We are forming 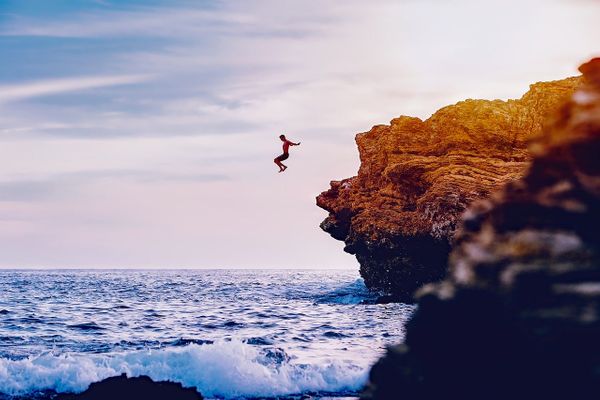 Courage: bold, it faces all dangers. Courage is a sign of the soul's nobility. But courage must be calm and master of itself, generous and benevolent. In true courage there is no impatience and no rashness.