Of all education, vital education is perhaps the most important, the most indispensable. Yet it is rarely taken up and pursued with discernment and method. There are several reasons for this: first, the human mind is in a state of great confusion about this particular subject; secondly, the undertaking is very difficult and to be successful in it one must have endless endurance and persistence and a will that no failure can weaken.

Indeed, the vital in man's nature is a despotic and exacting tyrant. Moreover, since it is the vital which holds power, energy, enthusiasm, effective dynamism, many have a feeling of timorous respect for it and always try to please it. But it is a master that nothing can satisfy and its demands are without limit. Two ideas which are very wide-spread, especially in the West, contribute towards making its domination more sovereign. One is that the chief aim of life is to be happy; the other that one is born with a certain character and that it is impossible to change it.

The first idea is a childish deformation of a very profound truth: that all existence is based upon delight of being and without delight of being there would be no life. But this delight of being, which is a quality of the Divine and therefore unconditioned, must not be confused with the pursuit of pleasure in life, which depends largely upon circumstances. The conviction that one has the right to be happy leads, as a matter of course, to the will to "live one's own life" at any cost. This attitude, by its obscure and aggressive egoism, leads to every kind of conflict and misery, disappointment and discouragement, and very often ends in catastrophe.

In the world as it is now the goal of life is not to secure personal happiness, but to awaken the individual progressively to the Truth-consciousness.

The second idea arises from the fact that a fundamental change of character demands an almost complete mastery over the subconscient and a very rigorous disciplining of whatever comes up from the inconscient, which, in ordinary natures, expresses itself as the effects of atavism and of the environment in which one was born. Only an almost abnormal growth of consciousness and the constant help of Grace can achieve this Herculean task. That is why this task has rarely been attempted and many famous teachers have declared it to be unrealisable and chimerical. Yet it is not unrealisable. The transformation of character has in fact been realised by means of a clear-sighted discipline and a perseverance so obstinate that nothing, not even the most persistent failures, can discourage it.

The indispensable starting-point is a detailed and discerning observation of the character to be transformed. In most cases, that itself is a difficult and often a very baffling task. But there is one fact which the old traditions knew and which can serve as the clue in the labyrinth of inner discovery. It is that everyone possesses in a large measure, and the exceptional individual in an increasing degree of precision, two opposite tendencies of character, in almost equal proportions, which are like the light and the shadow of the same thing. Thus someone who has the capacity of being exceptionally generous will suddenly find an obstinate avarice rising up in his nature, the courageous man will be a coward in some part of his being and the good man will suddenly have wicked impulses. In this way life seems to endow everyone not only with the possibility of expressing an ideal, but also with contrary elements representing in a concrete manner the battle he has to wage and the victory he has to win for the realisation to become possible. Consequently, all life is an education pursued more or less consciously, more or less willingly. In certain cases this education will encourage the movements that express the light, in others, on the contrary, those that express the shadow. If the circumstances and the environment are favourable, the light will grow at the expense of the shadow; otherwise the opposite will happen. And in this way the individual's character will crystallise according to the whims of Nature and the determinisms of material and vital life, unless a higher element comes in in time, a conscious will which, refusing to allow Nature to follow her whimsical ways, will replace them by a logical and clear-sighted discipline. This conscious will is what we mean by a rational method of education.

That is why it is of prime importance that the vital education of the child should begin as early as possible, indeed, as soon as he is able to use his senses. In this way many bad habits will be avoided and many harmful influences eliminated.

This vital education has two principal aspects, very different in their aims and methods, but both equally important. The first concerns the development and use of the sense organs. The second the progressing awareness and control of the character, culminating in its transformation.

The education of the senses, again, has several aspects, which are added to one another as the being grows; indeed it should never cease. The sense organs, if properly cultivated, can attain a precision and power of functioning far exceeding what is normally expected of them.

In some ancient initiations it was stated that the number of senses that man can develop is not five but seven and in certain special cases even twelve. Certain races at certain times have, out of necessity, developed more or less perfectly one or the other of these supplementary senses. With a proper discipline persistently followed, they are within the reach of all who are sincerely interested in this development and its results. Among the faculties that are often mentioned, there is, for example, the ability to widen the physical consciousness, project it out of oneself so as to concentrate it on a given point and thus obtain sight, hearing, smell, taste and even touch at a distance.

To this general education of the senses and their functioning there will be added, as early as possible, the cultivation of discrimination and of the aesthetic sense, the capacity to choose and adopt what is beautiful and harmonious, simple, healthy and pure. For there is a psychological health just as there is a Physical health, a beauty and harmony of the sensations as of the body and its movements. As the capacity of understanding grows in the child, he should be taught, in the course of his education, to add artistic taste and refinement to power and precision. He should be shown, led to appreciate, taught to love beautiful, lofty, healthy and noble things, whether in Nature or in human creation. This should be a true aesthetic culture, which will protect him from degrading influences. For, in the wake of the last wars and the terrible nervous tension which they provoked, as a sign, perhaps, of the decline of civilisation and social decay, a growing vulgarity seems to have taken possession of human life, individual as well as collective, particularly in what concerns aesthetic life and the life of the senses. A methodical and enlightened cultivation of the senses can, little by little, eliminate from the child whatever is by contagion vulgar, commonplace and crude. This education will have very happy effects even on his character. For one who has developed a truly refined taste will, because of this very refinement, feel incapable of acting in a crude, brutal or vulgar manner. This refinement, if it is sincere, brings to the being a nobility and generosity which will spontaneously find expression in his behaviour and will protect him from many base and perverse movements.

And this brings us quite naturally to the second aspect of vital education which concerns the character and its transformation.

Generally, all disciplines dealing with the vital being, its purification and its control, proceed by coercion, suppression, abstinence and asceticism. This procedure is certainly easier and quicker, although less deeply enduring and effective, than a rigorous and detailed education. Besides, it eliminates all possibility of the intervention, help and collaboration of the vital. And yet this help is of the utmost importance if one wants the individual's growth and action to be complete.

To become conscious of the various movements in oneself and be aware of what one does and why one does it, is the indispensable starting-point. The child must be taught to observe, to note his reactions and impulses and their causes, to become a discerning witness of his desires, his movements of violence and passion, his instincts of possession and appropriation and domination and the background of vanity which supports them, together with their counterparts of weakness, discouragement, depression and despair.

Evidently, for this process to be useful, along with the growth of the power of observation the will for progress and perfection must also grow. This will should be instilled into the child as soon as he is capable of having a will, that is to say, at a much earlier age than is usually believed.

In order to awaken this will to surmount and conquer, different methods are appropriate in different cases; with certain individuals rational arguments are effective, for others their feelings and goodwill should be brought into play, with yet others the sense of dignity and self-respect. For all, the most powerful method is example constantly and sincerely shown.

Once the resolution has been firmly established, one has only to proceed rigorously and persistently and never to accept any defeat as final. To avoid all weakening and backsliding, there is one important point you must know and never forget: the will can be cultivated and developed just as the muscles can by methodical and progressive exercise. You must not shrink from demanding the maximum effort of your will even for a thing that seems of no importance, for it is through effort that its capacity grows, gradually acquiring the power to apply itself even to the most difficult things. What you have decided to do, you must do, whatever the cost, even if you have to renew your effort over and over again any number of times in order to do it. Your will will be strengthened by the effort and you will have only to choose with discernment the goal to which you will apply it.

To sum up: one must gain a full knowledge of one's character and then acquire control over one's movements in order to achieve perfect mastery and the transformation of all the elements that have to be transformed.

By The Mother, Bulletin, November 1951 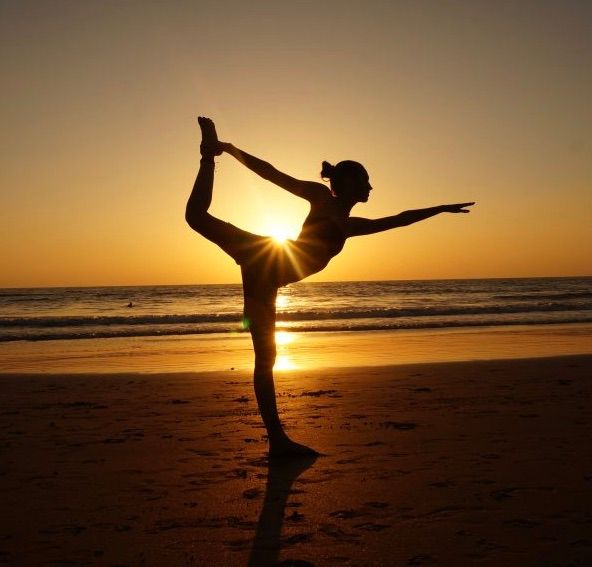