These three principles are from an essay titled 'The Human Mind' by Sri Aurobindo, first published in the Karmayogin in the year 1910 in a series called A System of National Education.

The first principle of true teaching is that nothing can be taught. The teacher is not an instructor or taskmaster, he is a helper and guide. His business is to suggest and not to impose. He does not actually train the pupil's mind, he only shows him how to perfect his instruments of knowledge and helps and encourages him in the process. He does not impart knowledge to him, he shows him how to acquire knowledge for himself. He does not call forth the knowledge that is within; he only shows him where it lies and how it can be habituated to rise to the surface. The distinction that reserves this principle for the teaching of adolescent and adult minds and denies its application to the child, is a conservative and unintelligent doctrine. Child or man, boy or girl, there is only one sound principle of good teaching. Difference of age only serves to diminish or increase the amount of help and guidance necessary; it does not change its nature.

The second principle is that the mind has to be consulted in its own growth. The idea of hammering the child into the shape desired by the parent or teacher is a barbarous and ignorant superstition. It is he himself who must be induced to expand in accordance with his own nature. There can be no greater error than for the parent to arrange beforehand that his son shall develop particular qualities, capacities, ideas, virtues, or be prepared for a prearranged career. To force the nature to abandon its own dharma is to do it permanent harm, mutilate its growth and deface its perfection. It is a selfish tyranny over a human soul and a wound to the nation, which loses the benefit of the best that a man could have given it and is forced to accept instead something imperfect and artificial, second-rate, perfunctory and common. Every man has in him something divine, something his own, a chance of strength and perfection in however small a sphere, which God offers him to take or refuse. The task is to find it, develop it, use it. The chief aim of education should be to help the growing soul to draw out that in itself which is best and make it perfect for a noble use.

The third principle of education is to work from the near to the far, from that which is to that which shall be. The basis of a man's nature is almost always, in addition to his soul's past, his heredity, his surroundings, his nationality, his country, the soil from which he draws sustenance, the air which he breathes, the sights, sounds, habits to which he is accustomed. They mould him not the less powerfully because insensibly. From that then we must begin. We must not take up the nature by the roots from the earth in which it must grow or surround the mind with images and ideas of a life which is alien to that in which it must physically move. If anything has to be brought in from outside, it must be offered, not forced on the mind. A free and natural growth is the condition of genuine development. There are souls which naturally revolt from their surroundings and seem to belong to another age and clime. Let them be free to follow their bent; but the majority languish, become empty, become artificial, if artificially moulded into an alien form. It is God's arrangement for mankind that they should belong to a particular nation, age, society, that they should be children of the past, possessors of the present, creators of the future. The past is our foundation, the present our material, the future our aim and summit. Each must have its due and natural place in a national system of education.

Nothing can be taught

Mind must be consulted in its own growth

Working from near to far 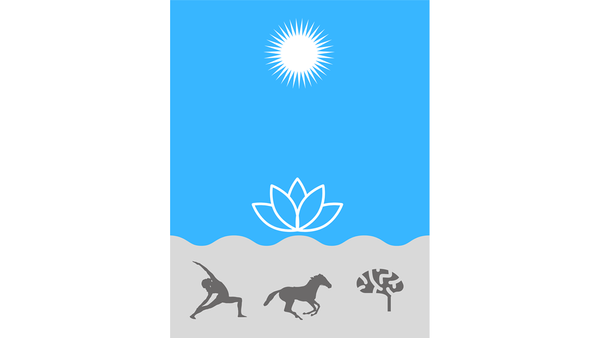 An essay by The Mother, Bulletin, February 1951