Concentration means gathering of all the scattered movements of consciousness into a single point, place, object, thought, idea, condition, state or movement. [1] [2] [3]

Concentration is not only an intellectual thing, it may be found in all the activities of the being, including bodily activities. The control over the nerves should be such as would allow one a complete concentration on what one is doing and, through the very intensity of one's concentration, one acquires an immediate response to external touches. To attain this concentration one needs a conscious control of the energies. [5]

Why Concentration is Important?

Without concentration one cannot achieve anything. [6]

There is nothing in the human or even in the superhuman field, to which the power of concentration is not the key. One can be the best athlete, one can be the best student, one can be an artistic, literary or scientific genius, one can be the greatest saint with that faculty. And everyone has in himself a tiny little beginning of it—it is given to everybody, but people do not cultivate it.[7]

The ability of concentration is one of the greatest powers of the human mentality. [8] Whatever one may want to do in life, one thing is absolutely indispensable and at the basis of everything, the capacity of concentrating the attention. If one is able to gather together the rays of attention and consciousness on one point and can maintain this concentration with a persistent will, nothing can resist it—whatever it may be, from the most material physical development to the highest spiritual one. [9]

Concentration is necessary to gather the whole will and mind from the natural distractions. Left to themselves, they follow the normal dispersive movement of thoughts running after many-branching desires led away by outward sensory contacts. [10] The mind is a thing that dwells in diffusion, in succession; it can only concentrate on one thing at a time and when not concentrated runs from one thing to another very much at random. Therefore it has to concentrate on a single idea, a single subject of meditation, a single object of contemplation, a single object of will in order to possess or master it, and this it must do to at least the temporary exclusion of all others. [11]

How to Cultivate Concentration?

When one has a problem and one is looking for a solution, if it does not come, it is because of a kind of haziness in the brain, something cloudy, like a fog somewhere. Concentration consists precisely in removing the cloud. One can gather together all the elements of one's intelligence and fix them on one point, and then do not even try actively to find the thing. All that one should do is to concentrate in such a way as to see only the problem—but seeing not only its surface, seeing it in its depth, what it conceals. If one is able to gather together one's all mental energies, bringing them to a point which is fixed on the enunciation of the problem, and stay there, fixed, as though, to drill a hole in the wall, all of a sudden it will come. And this is the only way. [13]

While engaging in work, one must become what one is doing and not remain a small person looking at himself doing it; for if one looks at oneself acting, one is still in complicity with the ego. It is through concentrated attention that one can do things quickly and one does them much better. [14]

When one wants to realise something, one makes quite spontaneously the necessary effort; this concentrates one's energies on the thing to be realised and that gives a meaning to one's life. This compels one to a sort of organisation of oneself, a sort of concentration of one's energies because it is this that one wishes to do and not fifty other things which contradict it. And it is in this concentration, this intensity of the will, that lies the origin of joy. This gives the power to receive energies in exchange for those spent. [15]

Concentration does not mean meditation; on the contrary, concentration is a state one must be in continuously, whatever the outer activity. It means that all the energy, all the will, all the aspiration must be turned only towards the Divine and His integral realisation in our consciousness. [16] 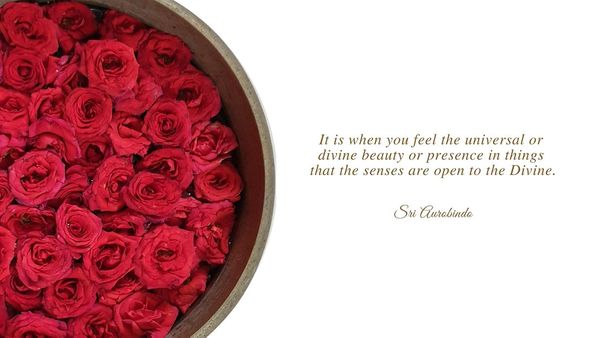 Practice for the WeekWhen you take a shower pay attention to how your body is moving. Notice if there is a sense of harmony, or whether any movements feel awkward. 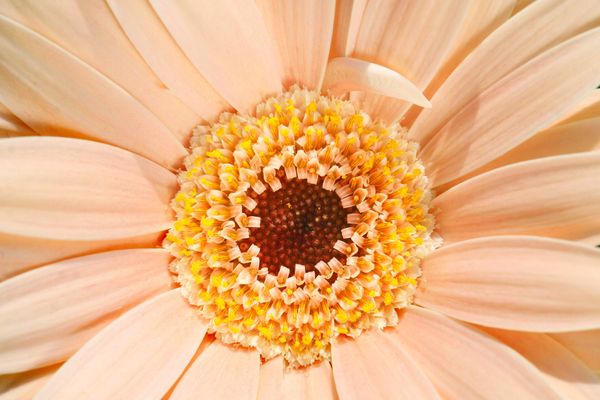 When you want to realise something, you make quite spontaneously the necessary effort; this concentrates your energies on the thing to be realised and that gives a meaning to your life.